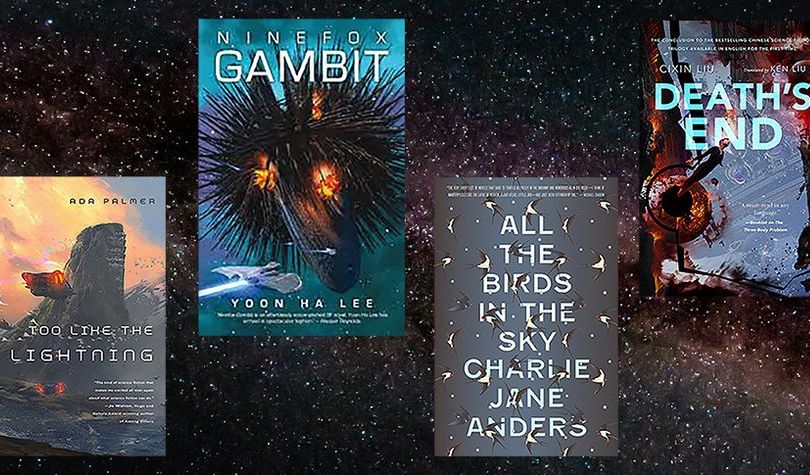 Yay! One of my favorite seasons.

For a couple years now, we’ve been reading the Hugo nominees and voting on the awards. I don’t have any illusions that my vote “matters” much more than my political vote matters here in South Carolina, but it’s fun to be part of the process (and Hugo nominees don’t flood my airwaves with horrific ads).

Overall – and I’ll start posting specific reviews of individual works shortly – this has been an excellent Hugo season. Granted, the past couple years were pretty rough when the various “Puppies” groups (Sad/Rabid) hijacked the nominations with their “slates” of primarily white/male/power fantasy/old school science fiction.  It’s not that their nominees disagreed with my worldview; it’s that their nominees were terrible.  Like, the writing quality was just appalling. If you want your fiction to resemble an alt-right paradise, knock yourself out. But don’t expect me to give you the time of day if you can’t construct sentences and plots above the level of a high schooler. (With apologies to high schoolers – some of mine wrote waaaay better than those guys.)

Happily, after the “E Pluribus Hugo” adjustment to how things get nominated and voted on for the Hugo Awards, this year’s slate of nominees has been really good. I loved 5 of the 6 novels, and all 6 were worthy of nomination. The short stories were solid; the “Related Works” category includes essays by Neil Gaiman and Ursula LeGuin for a refreshing change after a couple years of terrible crap from the Pepe-loving crowd. Next up, I’m reading novels, novelettes, and graphic novels. Might not get to the ancillary content, but that’s ok…. the bottom line is, if you want some good summer reading, check out the Hugo 2017 nominees!

I’ll just treat this like a grab-bag of content, since it’s been a while since my last post.  Honestly, there’s a ton of great stuff to read, watch, and play right now, and it’s been hugely tempting for me to consume content rather than create it.

I wrapped up my play through of Mass Effect: Andromeda (my review stayed essentially the same) and need to play the last chapter of The Witcher 3: Blood and Wine DLC, which as a game add-on is better than most of the games I’ve played in the past couple years. (My review of Witcher 3 is here.) Thanks, CD Projekt Red, for ruining pretty much any game I’m going to play in the next decade with your ridiculously high-quality writing.

I’ve also returned to the siren song of the Steam Summer Sale to grab Stellaris (like Civilization, but in space, and different, sorta) and Firewatch (haven’t played it yet so no spoilers) and Undertale (which everybody says is amazing but I can’t figure out what the hell is happening in the first level and I just feel stupid). 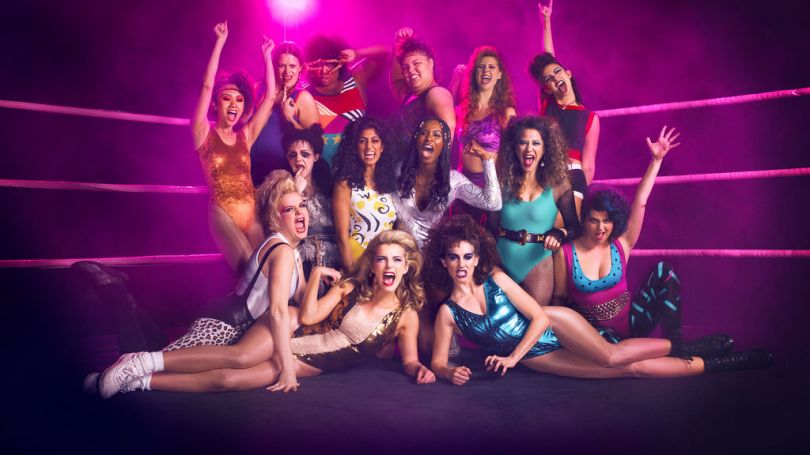 Netflix released a little series called GLOW and it was a laugh and a half for sure. Yes, it really is based on a little-known 80s era women’s WWF show called “Gorgeous Ladies of Wrestling,” and yes it packs in all the 80s nostalgia you can handle. Because GenX is now in the driver’s seat when it comes to nostalgia-driven media and ad campaigns, and I can feel a whole lot of 80s/90s throwbacks in our near future. *tips hat*

Oh yeah, movies! Summer has been a bit dry, but I really enjoyed Baby Driver (as did everybody else, if the Tomatometer is to be believed) and looooved Wonder Woman. Check out this cool piece on Wonder Woman’s WWI setting by the folks at War Is Boring. I’m looking forward to the Valerian film and Dunkirk, for very different reasons.

Even music has been on point lately. I should probably write a separate post about seeing U2 in Chicago a couple weeks ago, playing Joshua Tree for its 30th anniversary.  Absolutely worth the trip. Led me to look up 80s era U2 videos and gape at their baby faces. Apple Music led me to a couple neat albums in the past few weeks. Looks like their service is finally coming into its own with a good recommendation engine. *fingers crossed*