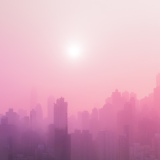 It’s time to read the Hugo nominees! Here are my thoughts on the short stories. Spoiler: it’s a great field this year!

Have you seen Ex Machina? No? GET OUT THERE and find a theater showing this excellent sci-fi flick. It’s a tight, well-told story. If you’ve seen the movie, I invite you to check out this post offering discussion questions and ideas for those who have seen the film. SPOILERS!

Trail of Lightning by Rebecca Roanhorse is the first of a new series called The Sixth World (Amazon) and listed as a Best Novel nominee on the Hugo Award ballot in 2019. I was so excited to read this book; I’ve enjoyed Roanhorse’s short fiction thanks to nominations in previous […]

The Calculating Stars (Amazon) I remember Mary Robinette Kowal’s excellent short story, “The Lady Astronaut of Mars,” from my award list reading a few years ago. It went through some nomination drama and eventually appeared on the 2014 novelette ballot (I didn’t vote that year), winning the category.  That story […]

Review: Record of a Spaceborn Few, by Becky Chambers

Record of a Spaceborn Few (Amazon), by Becky Chambers, is the first book I picked up this spring when the 2019 Hugo Award nominations were announced. Having read and enjoyed her first two – not without flaws, but a very promising start for a new writer — I was excited […]