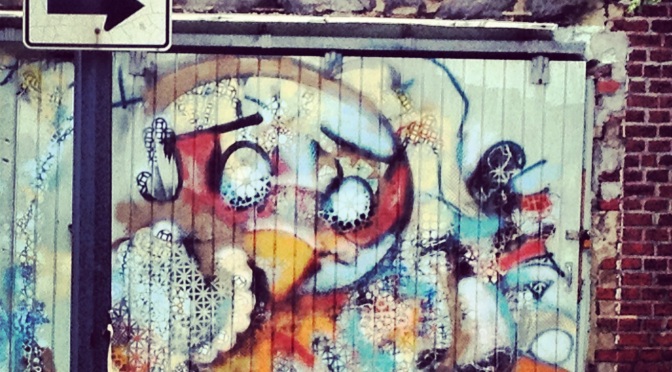 There’s an important piece published by The Atlantic on their site, which I discovered this morning.  A curious graduate student in Michigan took time to crunch some numbers about how much it costs for tuition at public universities vs. the federal minimum wage (since most college students end up working minimum wage jobs until they get their degrees), adjusted for the effect of inflation on our dollars.

Follow-up comments compared the rising cost of academic credit at MSU [Michigan State]  to changes in the federal minimum wage. In 1979, when the minimum wage was $2.90, a hard-working student with a minimum-wage job could earn enough in one day (8.44 hours) to pay for one academic credit hour. If a standard course load for one semester consisted of maybe 12 credit hours, the semester’s tuition could be covered by just over two weeks of full-time minimum wage work—or a month of part-time work. A summer spent scooping ice cream or flipping burgers could pay for an MSU education.

The cost of an MSU credit hour has multiplied since 1979. So has the federal minimum wage. But today, it takes 60 hours of minimum-wage work to pay off a single credit hour, which was priced at $428.75 for the fall semester…..

via The Myth of Working Your Way Through College – Svati Kirsten Narula – The Atlantic.

Take time to read the piece – there are helpful charts too.

Everyone is talking about the rising cost of college education. It’s true: the landscape of paying for college has completely flipped since I got my degree in the 90s.  I graduated with a few thousand dollars of debt.  Students today are walking across the commencement stage with, on average, $35,000 in debt.

That’s more than I paid for my entire degree.   (Let that sink in for a moment.)

Why is college so expensive?  That’s a question beyond my scope or knowledge.  It’s an important one, though, and I did run across a few good reads:

Washington Post: Why is college so expensive
suggests that states have shifted the burden of the expense to institutions, which triggers a rise in tuition. But that doesn’t explain why it seems to much more expensive now to educate. How has inflation here outpaced the norm?

The Wall Street Journal invited 3 economists to briefly debate the question. It’s a short read and very interesting.  I’ll spoil it for you by noting that nobody comes up with a single conclusion. Probably an interplay of market forces, rising demand (which is somewhat artificial), the huge role of the federal & state governments in providing financial aid, and questions about how to structure higher ed more efficiently.

I have a couple thoughts, for what it’s worth:

1. We need to acknowledge that the landscape truly has changed for the students heading into college now.
Some of those changes are good.

For example, in South Carolina, if you’re in the top 30% of your class, with at least a 3.0 GPA, the state will hand you between $5K and $8K a year toward your college education, whether at a tech college, a state school, or a private liberal arts college.  Combined with Pell grants and other funding sources, a college education IS in reach for nearly any qualified student.

What’s changed is a student’s ability to be picky.

If all you have is a $5,000 LIFE grant, and you’re not a strong student, heading into the top college to take a very difficult major, and borrowing to cover the gap, sounds like a really dumb idea.

2. Community colleges can help, but they don’t fix the problem.

A quick answer to the problem of college costs usually comes out like this:   “No problem! Go to a community college for an associate’s degree or a university transfer program. You can get your 4-year degree for about 2/3 the cost!”

It sounds great on the outside, but this overlooks some vital realities.  For one, community colleges in America are far less funded than the bachelors’ institutions.  (See this report, which opens a PDF, especially beginning on page 5.)  The two-year schools compete against the big dogs in their state, and come up short. This affects everything from student resources to faculty salaries.

For another, the 2+2 argument (2 years at junior college, then transfer to a full degree program elsewhere) falls through for many students who discover that their associates’ credits don’t transfer smoothly. If it takes you 5 years go graduate from college, you’re losing money.

Also, it’s foolish not to acknowledge that what makes college “college” for many students is access to a vibrant student community life and top-level professors in their fields. Two-year schools don’t play in that space. (A good wrap-up on that point, by someone with a positive community college experience.)

I’d like to point out as well that your classroom cohort matters. It’s better to be the lesser student among outstanding peers than to be the smartest kid in a room full of students struggling to get through foundational coursework.  Your peers do affect the quality of your educational experience. I feel that well-prepared high school students who choose community college for their gen-ed courses are losing something intangible….but very valuable.

Here’s a good comparison of 2-year and 4-year colleges, one that is fairly written.

About 30-35% of Americans have college degrees. Despite sending over 50% of high school grads into college over the past few decades, only half of those college freshmen will ever graduate from college.

Is anything more useless than 2.5 years of college and $20K of debt to get there?

I’m all about college. I am! My liberal arts undergrad is the FOUNDATION to all 3 of my careers. I wouldn’t trade it for anything.  And, though I went into college unsure of my career path, I had a pretty good idea it would include teaching somehow, and I knew I needed to learn a lot more before I’d be ready.

But we send students into college because “that’s what you do at 18 to get a job someday!”

I think every capable kid should have access to a good-quality college education. But for many students, they won’t know this until they’re 19 or 23.  And the train that drags every high school senior into college the following year, whether it’s good for them or not, is wrecking kids’ lives. The overwhelming peer pressure (on students, on their parents) that college is the only path to happiness and success is a problem.

4. Some students would be better trained outside of college bachelors’ programs.

If you want to do highly skilled work in a wide variety of fields, you may not need a degree in English first. 🙂

OK, it’s easy — even for me, a huge fan of the liberal arts — to pick on Art History majors and English and history and music degrees.  Your “chance” of earning millions of dollars over the course of your life is….well, unless you’re Steve Jobs, it’s probably pretty small.   (Though I would argue strongly that quality of life is far more important than lifetime salary, I also think that saddling your 22-year-old self with $30K in debt before you even get started is pretty foolish.)

If what you need is a JOB and soon, you should consider the 2-year route.  I didn’t say drop the bachelors’ degree or throw it out, but students need to do some real soul searching.  If you are gifted in teaching and love to research and write, then a humanities degree might pay off for you in teaching or research.  But if you’re picking that degree because “I really love poetry,” you’re not asking all the right questions.

5. Education has always been expensive.

I think this is an important point. The article in The Atlantic does highlight the runaway inflation of education, but historically (throughout human history, not just American 20th century memory) education has been the expensive privilege of the middle and upper classes.

I fear that as online education eats away at the underside of good classroom teaching, we will see a new duality emerge, one where the families with plenty of money can still send their kids to the top-level public and private colleges in their state, but everyone else will be relegated to an inferior education because they can’t afford “the good stuff.”

I don’t know how to fix that, but I do wish we were having better conversations about it.

Feel free to weigh in via comments!

One thought on “College costs, educational realities, and some thoughts”