If you follow news in the world of Christianity, you’re probably aware that a charity named Word Vision, which solicits support for children via sponsors in churches, was embroiled in controversy last week.

World Vision announced it would hire Christians who were married to a same-sex partner.  Within a few hours, an outcry swamped Evangelicalism and many people began dropping their support for the children they’d agreed to sponsor through World Vision. So a few days later, World Vision reversed its policy.

Rachel Held Evans and I don’t agree on all issues, but she’s making excellent points in her CNN column about this event:

When Christians declare that they would rather withhold aid from people who need it than serve alongside gays and lesbians helping to provide that aid, something is wrong.

There is a disproportionate focus on homosexuality that consistently dehumanizes, stigmatizes and marginalizes gay and lesbian people and, at least in this case, prioritizes the culture war against them over and against the important work of caring for the poor.

via How evangelicals won a culture war and lost a generation – CNN Belief Blog – CNN.com Blogs.

Evans states that a church’s position on same-sex marriage is not a question of orthodoxy.  I’m sure that is in itself a controversial statement.  I hesitate to label as “orthodoxy” a position that isn’t tied to a core doctrine, most of which were enshrined in the historic confessions of the Church.

Defining marriage is a recent phenomenon; one driven by the American political decision to let the State define marriage and then insist that the State’s definition only follow one moral/religious viewpoint. (I don’t see any way for this NOT to be a losing battle for conservatives.)

(In fact, I’m not sure why Christians in America are so hell-bent on making sure the government gets to define marriage for us. Isn’t that a problem?)

Regardless of your opinion there, Evans’s warning that Evangelicalism is being distracted by the culture war against same-sex marriage is well-framed.  Millennials are the greatest “unaligned” group in American culture: 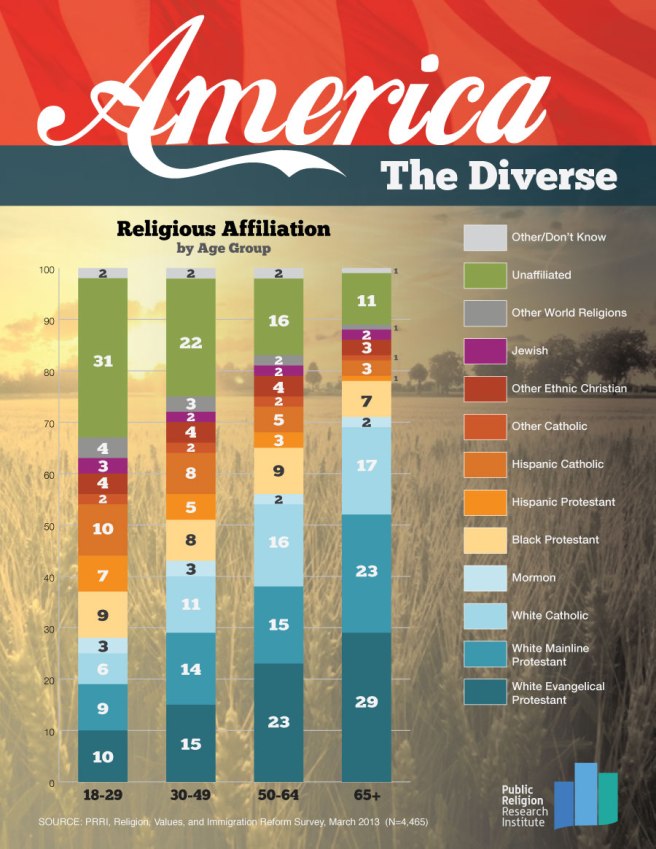 from the Public Religion Research Institute

I think we need to get back to the preaching of the Gospel as our core mission, of loving God *and* neighbor biblically, of caring for our neighborhoods via actions rather than taking positions.