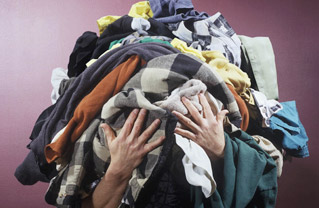 Around these parts, you’ll hear me say a lot about defining sin correctly, and living our lives much more graciously when it comes to the way we relate to others who see the world differently.

Awhile back, I took a shot at writing about modesty in the context of a school dress code (link coming, but for now look here and here for the unfinished series).

“Modesty” for the Christian woman is an area where our desire to give (usually other women or girls) lots of answers and rules with more certainty than the Scripture would support leads to plenty of misunderstandings, judgmental attitudes, hurt feelings, and hypocritical stances.

A friend of mine pointed out this fantastic article on the blog Darcy’s Heart-Stirrings:  “In Which I Weigh In On The Modesty Debate”

It’s a kind and compelling call to women to lay down our arms against one another in the war over what modesty is supposed to be.  There’s a fundamental misunderstanding lurking in the shadows of the modesty debate, a tendency to locate blame for wrong actions and attitudes on the wrong shoulders. And that makes the entire debate emotionally charged and dangerous.

And I also loved this comment, which nails the connection between rightly defining what’s “sin” and what’s personal preference, and how a life lived in the Gospel calls us to a much tougher standard than following “rules”:

Real modesty is not drawing attention to yourself by how you are dressed. Whether that is by either letting it all hang out or being completely covered from head to toe.

There is more to being modest than wearing dresses/skirts. Being modest is an attitude that reflects Christ. It is an inward beauty that has little to do with looks. Man looks on the outward appearance, Christ looks at the heart. It does not draw attention to oneself by being outwardly different, but is noticed because of the reflection of Christ that shines through behavior and actions. It is a woman who is made in the image of God reflecting that image in how she carries herself and conducts her daily life. [Meg, June 16, 2013 at 4:50 PM]