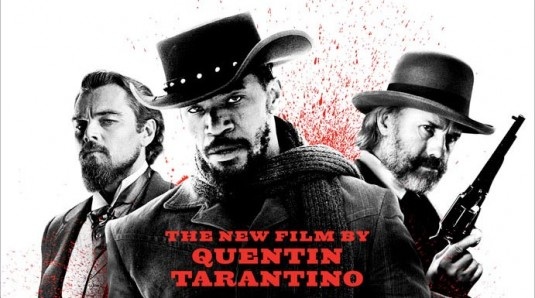 Edit 1/6/13: The controversy about Django continues to build. Wesley Snipes and Spike Lee have loudly voiced their disapproval for the film and charged Quentin Tarantino with nasty racism. Others, including Samuel L. Jackson and comedians and pundits have defended the film for pushing the conversation about slavery and race to the front of American consciousness.

By the way, I highly recommend that post I linked to “comedians.” Here, let me link it again because you should hear what she’s saying, especially in the second half…  And while you’re at it, read this post too.

Samuel L. Jackson has offered several good interviews on his character in Django and the question of slavery in the film. I though his interview with MovieLine was very good.

Tarantino has no qualms about the film or the way he edited the story to make sure audiences can’t escape the brutality of slavery in America. He too has recognized that our societal mistreatment of minorities hasn’t really stopped — just read The New Jim Crow if you’d like sickening statistics to back that up.

Original post: Tarantino’s newest film Django Unchained has been running trailers since the summer, and that’s how long I’ve been waiting with the expectancy and excitement of a school kid about to hit summer vacation. Tarantino has won my heart with his cinematic homages to bygone film styles melded with sizzling screenwriting and incredible acting.

A caveat: this film is bloody. Objectionable. Unapologetic about presenting slavery and oppression in a horrible light, refusing to sugar-coat it under genteel society. But this is far from a history film or social piece. It’s first and foremost a great (albeit violent and bloody) story about love.

If you brave the movie, I think you’ll really appreciate the snappy writing. Q’s scenes spark with fire, serving as both incredible examples of the craft of acting and pushing the story forward while building nuances into the characters. I’m amazed at his directing. How he gets these shades of meaning out of his actors stuns me. No wonder people love being in his movies. I can’t think of a weak link in the entire cast.  There had better be Oscar nominations…..

Cinematography is great too, echoing what you might see in classic westerns, except you aren’t tempted to roll your eyes at what would be a gimmick coming from another director.

Tarantino’s use of 1858 as a setting (primarily in Tennessee and Mississippi) hammers home the brutality of slavery in American history. Our sanitized documentary-driven viewpoint of that period can’t do justice to the actual social horror of taking human beings and trying to grind them down into nothing. We ought to be much more angry about it than we are, societally. I think Tarantino wants to make us white folk squirm a bit…. and question.

Back to the story. It’s just….great. That’s what’s totally awesome about this movie. A personal story with difficult moral questions, tension, characters unforgettable.  Happily the trailer did not reveal too much about the tale, so you will be pleasantly surprised.  If you like Tarantino, you owe it to yourself to see this great film.