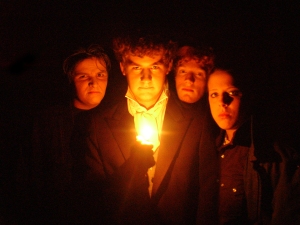 The Light of the Gospel often shines from unusual places.  Truth tumbles into our laps all around us, thanks to the work of Grace.

“Dualistic thinking” sees the world split into two realms: the sacred and the common. Reformed theologians have generally rejected this worldview as unbiblical. Sin has warped our thinking, our families, our institutions, our governments, our creative endeavors. The Gospel message is that God is redeeming all things to Himself by the death and resurrection of Jesus Christ.

If the Fall affected all of human activity (and it did), then the power of redemption must extend to more than just individual hearts.  We cling to this hope that the Gospel redeems institutions, families, governments, and movements in addition to individuals.  That truth forms the basis for Christians’ attempts to redeem culture.

Rejecting dualism means that we also refuse to divide the world into the “sacred” and the “profane.” All ground is holy ground.  To say it another way, no human endeavor remains untainted by sin because sin is a matter of human nature. It does not reside within cultural artifacts. Christians create works of art, write books, and run organizations which are marred by the Fall and its consequences because we are sinners.  On the other hand, unbelievers – thanks to common grace – are able to reflect biblical truth without realizing its source.  All truth is God’s truth, regardless of where it’s found.

Many Christians dualistically avoid “darkly” themed literature. “Think on what is good, pure, lovely, and of good report,” says Paul the Apostle.  Yet Scripture itself takes significant time to explore the brokenness of the Fall.  Can we truly understand the depth of our sin and the power of the Gospel apart from crushing illustrations of our depravity?

Would we understand the cost of betrayal if Judas Iscariot had not hanged himself in the potter’s field?

Would we grasp the utter failure of “the people of God” if the writer of Judges had not accurately described Israel’s descent into idolatry, violence, and immorality?

In modern literature, men like Joseph Conrad, Stephen Crane, or Edgar Allan Poe bring the brokenness of humanity and its twisted thinking into our very living rooms for us to consider.

This spring, the New Covenant School high school drama students are performing a script based on tales by America’s master storyteller, Edgar Allan Poe.  Poe is the father of the short story – he defined the genre’s boundaries – and developed two major short story forms, the detective story and the psychological thriller.  The NCS play Nightfall with Edgar Allan Poe brings to life four of his famous tales of grief, sorrow, and insanity.

Our purpose is to entertain the audience with a fun evening of suspense. But we ought to ask whether Poe is someone who meets Paul’s standard of ‘thinking on that which is lovely.”

Sometimes redemptive themes in literature lie far under the surface, at the philosophical level.  Usually any particular story will illustrate only one or two themes, not the entire canon of biblical truth.

Edgar Allan Poe wrote from a cultural context drenched in genteel hypocrisy.  Abandoned by his real father and later estranged from his foster family, he struggled to find his place in a nation not yet ready for a man attempting to support himself by writing alone. The decay and insanity prevalent in his stories serve as symbols of the society which painted a rosy picture over the top of deep social problems.

For the Christian, Poe’s stories illustrate the reality of the effects of sin on a human soul.  Guilt can drive a murderer to reveal his wrongdoing (“The Tell-tale Heart”). Sorrow over a lost loved one (mirroring Poe’s loss of his beloved wife to tuberculosis) can detach a person from reality (“The Raven”).  And a well-meaning friend cannot rescue a man from the consequences of his unconfessed sin (“The Fall of the House of Usher”).

Humans were created to love stories.  Our God is the ultimate Hero from which all authors draw their inspiration. He masterfully weaves together our own multiple plotlines into a perfect climax of Redemption in the face of utter doom. Even “scary” stories serve as a reminder that we are in fact safe from the terrors of this world, wrapped in the arms of a loving Heavenly Father.  Indeed, any well-written work of literature reflects the creative nature of our God who delights in mystery and imagination.