Empty-Nesters: Please get back Into the pool. We need you.

Why aren’t there survival support groups for parents of teenagers?

I’m serious. Hear me out.

If what I observe is even remotely accurate,  the World has decided that Toddlers and Preschoolers demand the kind of support and attention given to Three Mile Island by a nuclear engineer prone to anxiety attacks. 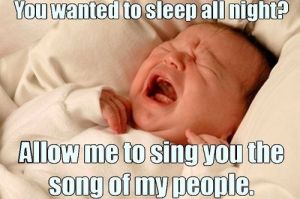 New mothers should be surrounded by a support group the size of a brigade — including grandparents, friends of grandparents, church nursery workers, the moms of older kids who miss having a baby around, the fathers of older kids who are actually really great with babies but don’t push themselves into the gaggle of chattering women to get a chance to hold the newest addition…..Basically everyone within earshot of the crying babe.

I’m all about support networks.  Good lord, if I have a kid, I’m calling on anyone within siren distance for help.  I am an idiot when it comes to little kids. Completely incompetent.

But I think this whole parent support network breaks down as kids get older.

I spent a decade teaching teens, meaning I got to know a lot of parents of teens.  As a crowd, these parents tend to share some common characteristics: 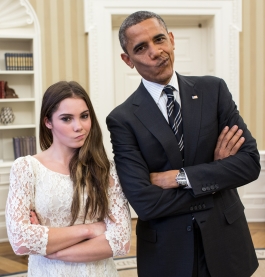 NOT IMPRESSED: Teenagers as a species.

If the teen in question is a first-born, raise the intensity of all of these by a factor of 10.

To this, I have something to say:

Empty nesters, we need you.

Where are the support groupies for the parents of teens? They’re out on the lake. They’re chasing retirement. They’re trying to keep up with a kid at college who never calls home and loses all his socks so he just doesn’t bother wearing any, ever.  They’re tired because they’re 50 years old still working 50 hours a week. They’re saving for a future wedding (fingers crossed). They’re distracted because a first grandchild is on the way.

But empty-nesters, we still need you.

YOU are the voice of reason to the parents of teens in your life (and in your church and in your extended network of people you knew when your kids were in school).

YOU are the evidence that parenting adolescents need not be a terminal illness or the #1 cause of ulcers in adults in their 40s. (I made that up; stop Googling.)

The Apostle Paul gave Titus a model for church relationships as Titus got started in his pastoral career in Crete. In chapter 2, Paul suggests that it’s the older and more experienced people in the church who should mentor those coming along behind in the ways of life: marriage, parenting, working, living.

The older I’ve gotten, the more I’ve noticed this mentoring cycle  seems to break as families grow up. I can imagine many reasons:  Social circles for kids and parents harden into the natural groupings driven by school, pulling families into spending time primarily around people who have kids of similar ages. With everyone tucked neatly into these strata, who has time to break out and ask for a hand up?

So. If you’re reading this, and your kids are grown, please find a family who’s still raising their kid

s, and invest in their lives. Just start with going out for coffee or beer – what parent of teens doesn’t need chemical assistance?

Get to know teens in your church or neighborhood. Volunteer to chaperon a youth group trip, or have a bunch over for cookies. (Teens still like cookies.) It won’t be weird. I promise. Teens hate only their own parents. 🙂

Hillary earned a lot of scorn in the 90s when she reminded us “It takes a village to raise a child.”  But it DOES take a village. Being part of the Body means parents aren’t supposed to be stuck doing this alone. The rest of us at different stages of life should be investing something in the people coming after us.

Get back in the pool, Empty Nesters! You’re the lifeguards.