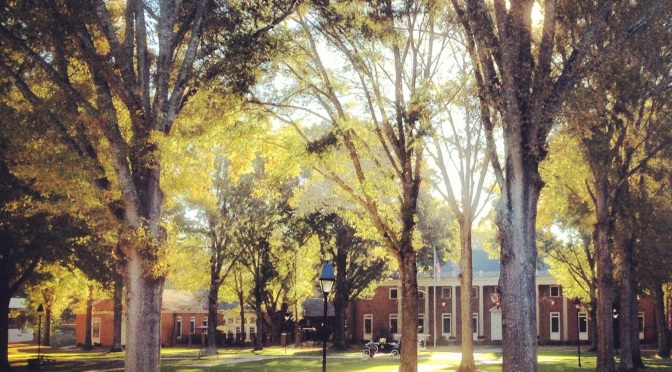 Been working on sketching out an idea for a project in the office.  Since a lot of my work deals with communicating the ideals of the college to potential students, we often run into the question, “How do we talk about majors?”

The whole concept of a major leaves me divided.

The “meh” side of me says, “Chuck it!  The goal of higher education – especially when you’re at a liberal arts college – is to combine specific training in one or more subject fields with the critical thinking skills, deep discussions, and broad experience that only the humanities can really provide.  In that sense, choosing a “major” in college holds students back.  If a student puts herself in a cubbyhole from the very beginning, how does she learn to see herself as more than a potential career?  What if the cubbyhole she liked at 18 isn’t the right fit by the time she’s 25?

But the practical side of me, the side that has to pay bills and keep my car running, recognizes that anybody paying money for a good education needs to leave with actual, employable skills. It’s not ok in our world to mooch $50K off your parents to “find yourself” through meditation, yoga classes, wild parties, pounding hangovers, a trek through a study-abroad experience in Peru, and a lot of weed.   I don’t care how well that college grad can draw meaningful connections between Heart of Darkness and the fate of beluga whales, he’s a drain on society until he finds a productive job.

And that’s true for the student’s sake as much as for the economy or the kid’s parents — bless! — who added a second mortgage so said College Student could be a super-senior and think a lot about the oppression of “the other” by the West.  If we let students think their education is for them alone, we do them a disservice.

It’s about how you’re crafted to fit into something bigger than yourself.  Your work won’t be very fulfilling if the only person it serves is you.  Even if you can wash in a bathtub of money because you’re brilliant or built the next Snapchat.  If your work doesn’t connect you to the Great Commandments of loving God as hard as you can all the time with everything you are, and loving your neighbor like you love yourself, you’re missing out big time.

So as I mulled all these ideas and thought about the difficulties of trying to communicate even a whiff of them to the average 17 year old (who is already pretty damn confused by financial aid terms, the college admissions process, and the meaning of life in their particular context), I started sketching some ideas on paper for how a field of study really should open multiple doors rather than close them.

I threw out the idea of majors, per se, and thought a lot more about verbs.

What if you majored in a constellation of verbs?  With a selection of topics / subject areas?

What if colleges emphasized the need for students to develop the skills they were born with, to acquire several more through hard work and steady practice, and to master the thinking and core content relevant to at least one discipline?

Let’s say you’re interested in teaching — which is a skill. Your college program will already be set up to give you hundreds (thousands?) of hours of practice honing those skills before you student teach, and you’ll be asked to master the thinking-patterns of at least one discipline (for secondary ed) or a few different ones (for elementary or middle school).

Ok, that was easy.

Let’s try criminal justice.  You need some particular skills:  analysis, quick assessment of a physical location and physical evidence, the ability to understand human behavior and motivation, collaboration (police never work alone), physical strength and conditioning (and some defensive martial arts would help).  You need to master content too: the thinking behind criminal justice, police work, investigation, theories of remediation and punishment, and some history and sociology.

But here’s the awesome thing:
Let’s say you graduate, hit the police academy, get out on the job…. and 6 months later, you realize you HATE police work.  Or maybe you like it, but now you have a steady girlfriend and she hates the idea of you being in danger 24/7. Maybe you get bored because there’s a lot more waiting around than you realized.

Maybe you realize that your inner drive — the thing that gets you out of bed in the morning — has more to do with helping people get out of bad situations into better ones.   That’s a drive you can put to work in a number of “careers.”

Your honed skills in behavior science, analysis, observation, and social structures, combined with a drive to help others, could lead you to become a lawyer, a family counselor, a social worker, or perhaps a full-time employee for a local nonprofit for recovering drug abusers.

This kind of “side-step” in career paths happens all the time.  All I’m suggesting is that the 20th century fascination with “taking a major” in one or two fields is outdated — it locks people into a box on the gamble that, at 18, they picked the right box.

When the college where I work first started in the 1800s, everyone took the same coursework.  Every. Single. Student.  You learned enough Latin and Greek to read the great books, then you read your eyeballs out for 3-4 more years to master both information and a way of thinking. The skills of learning and thinking were just as important –if not more — than the content.

It was the arrival of the Industrial Revolution and the 20th century that pulled our little college toward differentiated courses of study — ministry, pre-law, sciences for the future doctors and researchers, music, literature, teaching.  And that’s fine.  We don’t all do well studying the same thing, and I’m not suggesting we roll back the clock.

But we need to roll it forward.  We need to equip our students with verbs — with skills and habits of mind — so they can be flexible.

Some other people have said….
“Major Decisions” (New York Times article)
“College majors and careers often do not match” (CBSNews)

And this really cool chart showing one college’s alumni — click on a major area of study to see what fields those graduates ended up pursuing for careers.

Impact of Major on Career Path for 15,600 Williams Alums