Good point.    We need to stop fearing the task of asking the Truth hard questions and listening to the answers in faith. And leading our students and kids and friends in that same endeavor.

We must stop pretending that Christianity doesn’t make any claims beyond our personal experiences with God. The it’s-not-a-religion-it’s-a-relationship rhetoric sells short what Christianity is—a series of significant truth claims.

Yes, if accepted as true, these claims are simply the jumping off point for a profoundly intimate relationship with a powerful, loving creator. But when we discourage members of the body of Christ from challenging the status quo or even the fundamentals of our faith, we limit their own discovery of truth. By testing the claims of Christianity, we substantiate them in our own hearts. 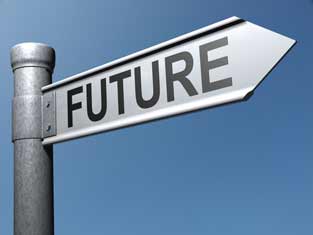 This is such a great article by Os Guinness that I wish I could go back in time to post it again and then like my own post.

Christians should not be marked by pessimism

My only gripe: CCCU didn’t offer this article in a web version. You have to open up their PDF reader thing.  Totally annoying.

But it’s worth it.  I promise!

You can read a quick summary of the main points of the speech here and listen to the audio file of the address.

Guinness hammers home the point that if the Gospel means anything, it certainly means that the pessimism that marks so much popular discourse in Christian circles needs to stop. 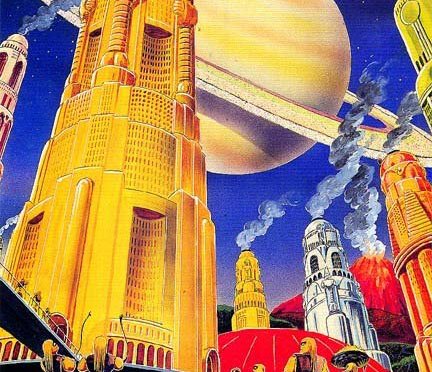 Why should you read sci-fi?

Well, if you happen to be an inventor or someone who aspires to be an inventor, you might just find that the scientific flights of imagination common in good sci-fi writing will spur you to prototype ideas in your mind, consider new solutions to old problems, and foresee downsides to new inventions that might not have occurred to you otherwise.

And if you don’t believe me, maybe these MIT faculty (in this interview) will change your mind! 🙂

Hit the course syllabus for a great list of sci-fi stories you can dig into.

Bees. They’re Cool. This proves it.

If you don’t think bees are possibly the coolest thing ever (from a distance at least), you definitely need to hit this Flickr photostream.   The USGS keeps a photo record of all the different kinds of bees they run across.  Macro photography and all that.  So so cool

Next time you’re asked to do a “group project” to “show what you’re learning,” consider this a model…. 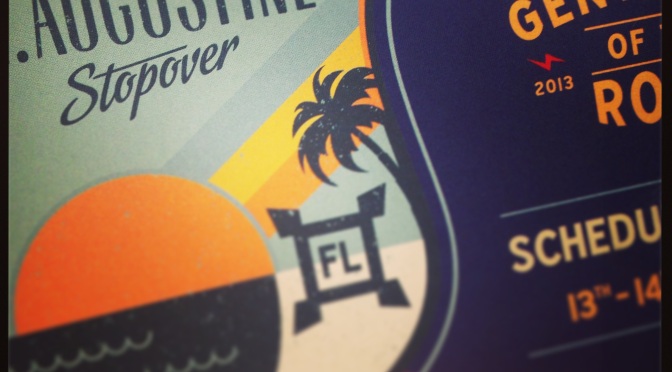 Man, THAT was a music festival.

I always come out of epic experiences thinking, Gee willikers! This will make an amazing blog post! Then I get home and life eats me up and that’s the end of my verbal aspirations.

So before the evening gets away from me completely and I turn into a pumpkin (it’s a work night, after all), let me run down the basics for ya:

Bottom line:  GOTR was a wonderful outdoor way to enjoy Mumford & Sons and their hand-picked lineup of bands in the lovely town of St Augustine. Why does it work? Mumford puts their stamp of approval on the town, the events, the bands, the experience. If you find them awesome, you’ll probably enjoy GOTR. And it really was that good.

Bands I liked on Friday:  Willy Mason (kinda bluesy rock), Edward Sharpe & the Magnetic Zeroes (holy crap what an amazing set I had no idea they would be that fantastic and fun!)

Bands I liked on Saturday:  Bear’s Den (though I missed their set, I loved what I heard of them on the GOTR web site via links, and I’ll definitely check them out live when I can), Half Moon Run (what a lush guitar sound!),  John Fogerty (what?! YES! amazing), Mumford & Sons (duh). And JOHN FOGERTY!!!

The whole story:  Just what is GOTR?

Basically, Mumford & Sons like to tool around the country setting up the coolest music festival ever in a select list of small “quintessential” American towns.  Not that Brits would necessarily know a quintessential American town, and St Augustine isn’t exactly small. But still, it’s a cool idea. They hand pick the bands and work hard to make sure all the experiences of the weekend are locally owned or produced…. or at least curated. Two days, a bunch of bands, tons of local food & music & art to enjoy, and happy people wearing mustaches.

When did mustaches become THE THING?  I digress…

So let me just sum it all up with a top-7 list (or whatever) – I’ll quit when I run out or fall asleep.

1. Awesome:  St Augustine.  What a great town!  25,000 people fell in on top of them and they didn’t whine, break down, throw objects, scream and yell, or even act inconvenienced.  They worked hard to make the festival run smoothly for all the visitors, and I’d rank them high in the “friendly” and “helpful” categories. Plus the beaches are amazing, the weather was lovely, and we enjoyed amazing food.

Because John Fogerty, of Credence Clearwater Revival, stepped up to fill in. Got on a jet plane Friday night, flew to FL with his instrumentally-skilled two sons, and got down to work teaching his “backup band” the music for that night’s absolutely, ridiculously incredible set.  Unbelievable.

3. Awesome:  Mumford & Sons set on Saturday night.  Though boozy and tired from the day’s work in preparing to back John Fogerty and all the stress that probably prompted a lot of drinking, Mumford & Sons rocked it with improvised bluesy introductions to their tunes from both albums.  What’s a Mumford show? The biggest, funnest, dance party -sing-a-long you’ll ever attend.

Video of their introduction and first song “Lovers Eyes,” which took us from darkness to light

I would also like to point out that all of these videos are proof that most people are tone deaf. Or they had drunk too much by this point to sing on key. 😉

One more link: This SceneSC review of the Mumford show in Greenville, SC just a few days before GOTR hits all the highlights of their set, which was the same in FL as it was in SC.

4. Awesome:  the guys who stepped up to be Fogerty’s band at the last minute, at the end of their own exhausting tour, on a night when they had played or would play their own stuff for an hour or more.  The Vaccines (British punk) and part of Mumford & Sons played with Fogerty’s sons and it.was.just.absolutely.amazing. Are you jealous?  You should be.  I sang every CCR song that matters WITH JOHN FOGERTY IN PERSON.  And 25,000 other exhilarated people around me.   [Cool article about it with footage.]

But back to the backup players…. two tidbits.  One, it was fun to watch Fogerty direct these songs on the fly, nodding across the stage to his so-famous stand-ins so they’d play the songs correctly. And two, totally hilarious for Marcus Mumford to blow the drum line at one point in the set, leading Fogerty to poke fun at Mumford after the song. Priceless.

5. Awesome: Edward Sharpe and the Magnetic Zeroes.  Wasn’t prepared for this — I’d listened to some of their music on Spotify and it was OK but MAN. Their Friday night headlining set was a blast.  They clearly enjoyed their music and had a ball letting the crowd dictate what songs would come next in true festival style.

6. Awesome:  Food & drink in St Augustine.  Man, I didn’t even know Polish restaurants exist!  But we stumbled into one and had some damn fine food .  In fact, every place we tried was great, from the little pubs to the coffee shops to the fudge places.  Thumbs up, St Aug. You know how to feed a crowd.

8. Awesome:  Big huge dude raising a barbel to the sky sculpture that M&S haul around with them on these festivals now.  Cheerio and all that.

9. Did I mention Fogerty?  Damn, that was epic.

10.  Awesome:  Getting to take a cool vacation with Coart.  Is there anything more perfect than getting picked up after work and blazing down the road toward adventure?   Rhetorical question.

I’m so glad I leaped on faith and bought the tickets in February, not knowing whether we’d actually be able to go. It was the right choice.

If you love music, if you like Mumford & Sons at all, if you want to share that experience with other lovers of good tunes and good food and good places…. then you should book a GOTR ticket next summer. 🙂

Nimble, In a Box, and Jumping Over a Candlestick | Learning Out Loud?.

^ Enjoy.  My friend Jack, who is one of the most talented and gifted teachers I’ve ever had the privilege of working beside, finally broke his blogging silence to muse about how views change, how he’s changed, how his learning has changed.

And wrestle with Multiculturalism. Just a little.