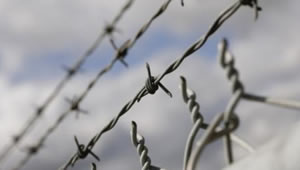 Illegal immigration and immigration policy in general are back on the radar thanks to the controversial Arizona immigration law.  This multifaceted issue lies beyond the scope of my experience or wisdom to solve. A few thoughts have been brewing though:

The Old Testament is loaded with references to “the alien” and “the stranger.”  According to Mosaic law, the Israelites were to treat their “immigrants” well. It’s true that Israelites were allowed to enslave immigrants, but I don’t think that’s meant to be a statement of their inferiority. (A discussion of the slavery laws in the OT would require multiple posts, so let me set that issue aside.) Also, an OT professor at TEDS wrote a book (summarized here) that suggests that the OT Israel treated “legal” immigrants differently than those who did not attain a status similar to what we call “legal immigrant.” I want to mention his position to be fair.

But another guy at Denver Seminary wrote a better article about the OT material dealing with immigration, especially as it pertains to the checkered patchwork of US regulations which are at the forefront of this debate.  I highly recommend that you take time to read the middle of this article.

Jesus speaks of the judgment of nations (Mt 25:32). I don’t know exactly what that means — how can God “judge” an entire nation at one time, when the people currently living in a nation aren’t necessarily responsible for its government or situation? I don’t know. I do believe that “The Judge of all the earth will do right.”

Imagine for a moment that God Almighty calls America before His throne of judgment.

America can be a generous, caring nation. When Haiti was shaken down by earthquakes, when people in Turkey were buried in rubble for weeks, when the tsunami slammed Thailand, when people are being oppressed or slaughtered — Americans are there to help.  Yeah, we meddle without sufficient knowledge and get ourselves into trouble at times. But overall, Americans will put their own lives at risk to help others live free, and that pattern of caring for people beyond our borders is biblical.

We are rich. Rich beyond all imagination or historical precedent.

Even my small house (by American standards) and very modest income (compared to professionals in other fields with the same masters degrees and years of experience) dwarfs the income and possessions of the vast majority of the world’s citizens. I eat good-quality food, drink safe water cheaply, drive a reliable car (*knocks on wood*), pay $3/gal for fuel, and own a multitude of electronics and appliances to improve my quality of life. I live on 1/3 acre of ground in air conditioning and can inexpensively keep my home comfortably warm during the winter.

I’m not bragging — at all.  Most of the families in my school and church enjoy a much higher standard of living than mine. But any American is rich compared to many across the globe who live without electricity, cars, a/c, clean water, safe food, disease-resistant crop seeds, access to health care.

And let’s discuss security. Is America safe? Stunningly so. I lock my front door, but I don’t really have to.  I lock my car too in parking lots, but the chance of theft is pretty small. Anderson County doesn’t deal much with Mafia crime rings or wholesale violence. Sure, there are shootings across town that are usually drug-related, and I want my county government to address the underlying causes. But even in “The Age of Terror,” we Americans live securely in a stable nation free of rioting, drug wars, or horrific violence.

Back to my judgment throne daydream:
How is God going to respond when He pulls an immigrant family in front of the throne and says, “How did you care for the least of these?” ….when they were coming out of oppression, poverty, hunger, danger?

Our immigration policy is patchwork, unfair, and almost impossible to navigate. Americans think there’s some kind of queue at the border of Texas and Mexico where you just get in line with your birth certificate and sob story and wait.  There’s not.  There are no lines. There are miles of red tape, a highly outdated and limited system of quotas and visas for entry — quotas slashed after 9/11 for fear of terrorism.

The INS enforcement of immigration law is spotty at best. Certain industries like agriculture suffer little from the immigration laws because INS knows farms would be out of business if not for the illegals who come to harvest the food for us to eat.  American kids won’t do it.

And Americans won’t stand for paying $7 for a pack of strawberries in the grocery store — or  what we’d have to pay if you hired citizens to pick your strawberries for us at minimum wage. We don’t want our ChikFilA sandwich meals to jump up another dollar –but it would if white kids started scrubbing the floors and cleaning the grill at night.  And even in this economy, none of my students will take any of those jobs….

[Ed: Here’s an article from late 2011 about Alabama’s difficulties finding documented workers to do forestry jobs after the state enacted a draconian anti-immigrant law.]

Jesus spoke much of loving God and loving your neighbor. The OT standards for a righteous king (mentioned everywhere from Deuteronomy to Psalms to the minor prophets) emphasize that social justice was part of His mandate for right governing.  Treating the aliens well and caring for the poor, widowed, and orphan is a mandate of the Gospel in both OT and NT ages.

A couple weeks ago, the Economist published another update on Mexico describing the horrible drug war that has ravaged that nation in recent years. Probably 25,000 people have been killed, mostly unemployed young people who started working for the gangs because they had no other options for employment. Let that number soak into your head for a minute. 25,000.  More than 90% of the wealth and power in Mexico is held by only a dozen families who have controlled the nation since its inception. Any politician who tries to work against the wholesale corruption (most government officials are in league with the drug lords) will be shot mysteriously during the campaign or “disappear.”

Might I point out that the drug lords’ power stems directly from the high street price American addicts will pay for their cocaine, heroin, and weed?
WE are part of this problem.  It’s OUR drug market that empowers the Mexican drug lords to murder and threaten and control, our policies that make fertile ground for violence.

I have a good friend whose job led her to work alongside a number of illegals. Every story she’s relayed to me reads the same:  The guy is in the US illegally because he could not find a legal way in. The waiting list for entry is 7 to 10 years long. The guy’s mother or sister or family is living in a slum and cannot afford a house. The area is dangerous as the drug war encroaches.  So this person ran north, slipped through the border, works in America, sends 90% of his paychecks home, and knows that his family has been able to purchase a small house in a safer part of town.  He misses his family dearly and would go home today if he knew that his family could survive. But they can’t. So he lives 1000 miles away to make their lives better. If he gets deported, he’ll be back — it’s a minor inconvenience.

You can say “but they need to be legal!!!” all you want ….. but you aren’t addressing the unfairness of the system as it stands

….or the hubris of children-of-immigrants Americans who sit in our air conditioned houses eating cheap food picked by underpaid migrant workers while demanding that illegals be treated as criminals.

Love. your. neighbor.
Wealth wasn’t given to us as a nation for us to enjoy alone. It’s a gift to be shared.